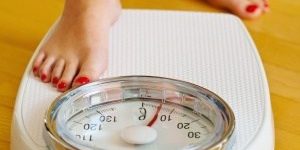 Obesity rates for both men and women are about twice as high today as they were in 1981. In Canada, approximately 25 percent of adults are obese. Along with its growing prevalence, obesity is also becoming more severe, and the research shows that overall fitness levels are decreasing as the incidence of obesity rises. If we include statistics on overweight along with statistics on obesity we find that 67 percent of Canadian men and 54 percent of Canadian women aged 18 to 79 are overweight or obese, according to results from the Canadian Health Measures Survey (2009-2011).

A study published in the New England Journal of Medicine looked at obesity among American adults and found that obesity rates increased by approximately 50 percent through the 1980s and 1990s after having been relatively stable in the 1960s and 1970s. That was likely the start of it all. An article in the Journal of the American Medical Association (April 4, 2016) found that age-adjusted death rates in 2015 increased significantly from the year before; causes of death related to obesity were a major factor in the increase.

The same article points out that life expectancy in the U.S. increased consistently between 1961 and 1983, but between 1983 and 1999 life expectancy decreased for men and for women in U.S. counties where obesity was prevalent. The article states that “in addition to the health-related effects, the economic effects of obesity-related disease are substantial and predicted to worsen.” So, yes; I think we can conclude that there really is an obesity epidemic. And not just in the U.S.

But what exactly do we mean by obesity? Obesity refers to excessive weight for your height and body frame, based on Body Mass Index (BMI) guidelines. (You can use the BMI chart in the Appendix to calculate your own BMI.) This is a useful tool, but it has its drawbacks. For instance, it is based on the ratio of a person’s weight in kilograms divided by their height in meters squared, but it does not take into account how much of their weight comes from fat and how much from muscle. Because muscle weighs more than fat, people who are muscular may have a higher BMI and still be in excellent health.

If we don’t know the fat/muscle breakdown, another—and perhaps even more useful—way to measure obesity is to look at waist circumference. For women, a healthy waist circumference should be no more than 90 centimeters (35 inches). Healthy waist size varies, of course, based on a number of factors, including a woman’s height and bone structure, and even ethnicity: as a rule, for Asian women it should be no more than 80 centimeters (31.5 inches).

Waist circumference is a helpful health indicator because it correlates more closely with a number of health risks than either weight or BMI alone. And it turns out that the old apple or pear comparison is accurate. If we look at two women who are the same height and who are equally overweight, and one carries most of the excess weight in her hip area while the other carries it mostly in her protruding belly, we find that the second woman is more at risk than the first not only for heart disease but also for diabetes and other metabolic conditions.